A soccer coach in Spain with an undetected health condition is believed to be the youngest victim of COVID-19.

Francisco Garcia, 20, was a youth coach with Atletico Portada Alta in Malaga when he came down with the virus earlier this month.

“We want to express our deepest condolences to the family, friends and relatives of our coach Francisco Garcia who has left us, unfortunately,” the club announced March 15 on Facebook.

His family said Garcia’s health rapidly declined in the span of four days.
Juan Fernandez told the U.K.’s Sun. “He was only 20. His 21st birthday wasn’t until October 8.” 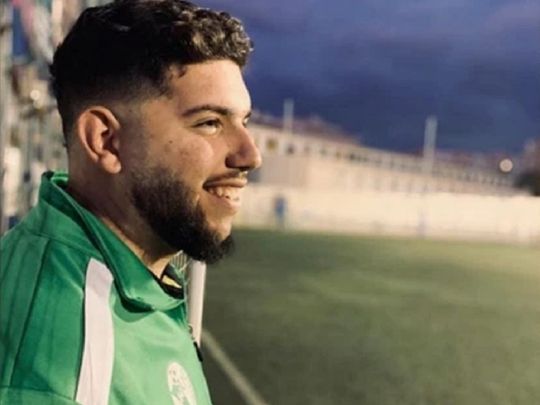 Suffering from a sore throat in early March, Garcia visited his family doctor for a diagnosis.

“His doctor told him to take paracetamol and sent him home and said there was no need to worry,” Fernandez said

As his condition deteriorated overnight, his stepdad and mother, Irene Gomez, took the young man to a health centre, where he was given antibiotics and sent home again.

Garcia didn’t get any better, his stepdad said, as he was now dealing with a fever while barely able to stand.

“We knew it was a bit more serious than a cold or the flu so we drove him to Carlos Haya Hospital where they admitted him immediately and put him on a ventilator,” Fernandez said.
“That was the last time Irene and I saw him.”

Garcia was diagnosed with pneumonia and a coronavirus test was administered.

“They confirmed he had coronavirus the following day but also said they had detected something in his blood – which later turned out to be leukemia,” Fernandez said.

Local health authorities said Garcia’s undiagnosed leukemia made it difficult for his body to fight the virus, and claimed he would have survived otherwise.

“It was so much to take in,” Fernandez said. “Francisco was a heavyish boy but he was tall at 6-foot-5 and played soccer regularly with friends. He’d never complained of any health problems.